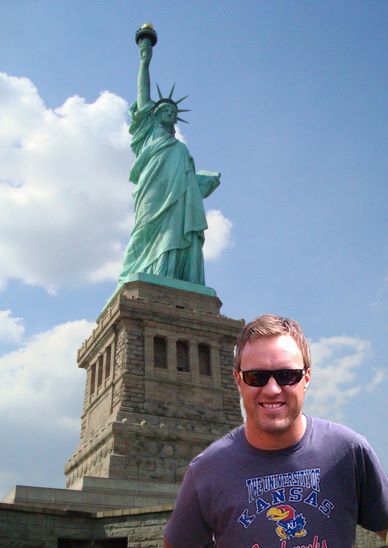 It all began with NYC… my office travel Facebook Posts that is. They began harmless enough, by sharing a simple photo, no text. Guess I figured the image spoke for itself. With each successive post I felt the need to detail my exploits further.

I’ve decided to chronicle my wanderings here to create a legacy for my kids; so that one day they too will raise the global hobo banner. But stay tuned, as I’ve been bitten by the travel bug again…

July 11, 2012 – Egypt:  In spite of the all the travel warnings it was still well worth the trip. Highly recommended. 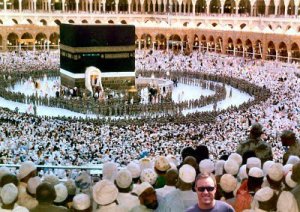 July 11, 2012 – Mecca:  Did you know Mecca is the most visited city in the world?
Had to sit way in the back but I could see everything fairly well. And for the most part everyone was pretty receptive. 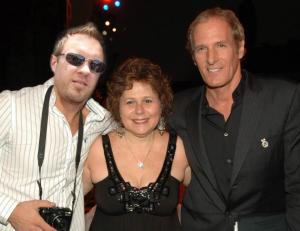 July 11, 2012 – Unknown Location: Michael Bolton is a heck of a nice guy and smells terrific… but this lady totally photo-bombed our moment. No idea who she was.

July 12, 2012 – Easter Island:  Easter Island… still a great mystery, and also one of the most isolated places on the planet, making accessibility very difficult for most. Not for this guy and his Clydesdale “Bert”. These two passers-by were from South Africa on holiday. 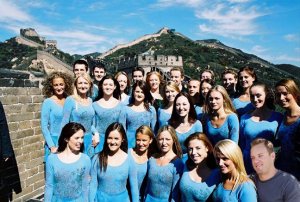 July 12, 2012 – Great Wall:  Contrary to popular belief, the Great Wall is NOT actually visible from space. Jumped in on this photo op with the cast of Riverdance. There were several cameras going off simultaneously so no one was really sure where to look! Lol! What a day. 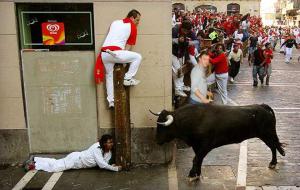 July 17 , 2012 – Pamplona:  Imagine my surprise walking out of a bar in Pamplona and seeing this! Who knew Running of the Bulls, or “encierro” as the locals say, was that day?!?! You’d think they’d advertise better. After all, it’s been going on since the early 14th century.
And since record keeping begin 1924, only 15 people have been killed. I would have guessed much higher, especially with the reactions of these two clowns. Drop to the ground? Really? Amateur. 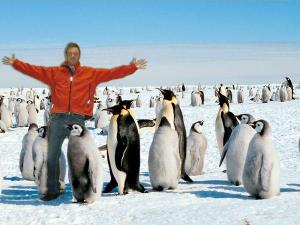 July 20, 2012 – Antartica:  It’s freakin COLD up here! Down here? I don’t know. But Emperor Penguins, largest of all penguins, huddle together to escape wind and conserve warmth, so we’re survivin. — with Jason Laramie atantarctic, north pole.

September 7, 2012 – Cayman Islands:  Oh, Stingy you’re too much! Sneaking up on those ladies with that old, creepy ass mug of yours. Curiously though, you do bare a striking resemblance to the poor girl on the left.
Seriously, Stingy and I had a glorious day in the Caymans… harassing tourists, eating fish, catching some “rays” lol. Stingy and his chums gather there about every day to feast on the fish offal (organs and entrails) dumped there by local fisherman… which makes me wonder, why would anyone would want to swim there?