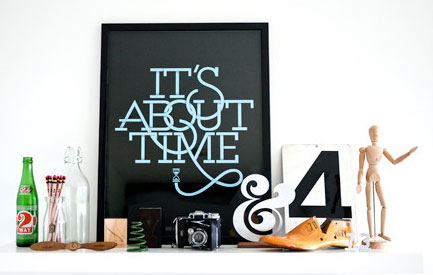 Well that was fast. We have a renter for our house all lined up for next year! Crazy how things fall into place sometimes. I make a comment like, “the only person I would want to rent my house to would be someone like Kenny.” This guy is clean. Super clean. Makes Mr. Clean look like Pig Pen. So Aimee sends a couple texts, next thing you know we’ve got a renter. Their lease is up next year, they rent in our neighborhood already, and they’re wanting out of their current house so it couldn’t be more perfect. We’ll have to move out a few months earlier than planned, which means we move in with Mom until we’re ready to depart. Guess I should let mom in on that plan.

From a monetary standpoint, selling would probably be better for us. If we sold, we could use the equity and wouldn’t have to take out a loan for the truck and trailer. However, we just refinanced at the end of 2014, so if we sold we wouldn’t recoup that expense. But the only way Aiden said he would agree to this adventure was if we kept the house. He’s only 9 but he’s a strong negotiator. Actually, we’ve always allowed our boys to have a lot of input into family decisions. Perhaps too much. Ultimately the decision rests with Aimee and I, but we want them to feel like they’re part of this process and not just passengers. Angry little “are we there yet” passengers.

Made our first trip to an RV dealership. Seeing a fifth wheel in person… gotta say, the thought of pulling one of those beasts scares the crap out of me. What could go wrong, right? Yeesh.

Many of the ones we saw were bigger, and nicer, than some places I’ve lived. Like this one…

It has a freakin’ patio and sliding glass door off the kitchen.

Comes with full-size refrigerator, and super-hot kitchen chick to cook.

I’m 6’4″ and can stand upright, everywhere. The shower will require a little creativity on my part, but really not too bad.

At $76,000.00 it comes in slightly over budget. Like $75,000.00 over. And it wasn’t the most expensive one we saw either. Another came in around $98K. We did see some pretty decent used ones that were more in line with our budget…whatever that is. Unfortunately many used ones looked, and smelled, like somebody’s grandparents’ house. I’m guessing many previous owners are retirees?? Or dead 😦

Now Aimee is sold on 5th Wheel Toy Haulers. It’s basically a 5th Wheel with a bunk room that opens in the back. Give her another week it will be a motor home, or converted ice cream truck, I don’t know. We’ll change our minds a hundred times before we settle on something. Speaking of indecision…we’re that couple that can never decide where to go to eat. We’ll drive around and around until there aren’t any more options, then end up back at home and make a sandwich. How we’re going to figure out where to travel is anyone’s guess. Probably leave big decisions like that to our boys.

Looking at a map, we’ve decided to start our journey Northwest. Not crazy-ass Kanye Northwest, but directionally…never mind. So from Missouri we’ll head up and over to Big Sky Country, onto the Pacific northwest, down the coast of California…maybe drop by Tijuana for the day, I hear it’s nice…and just continue counter-clockwise around the US until we’re either divorced or sell one of our children. Should be a hoot.

Regarding a truck… I think we’ve settled on a Ford F-250 or 350, diesel. That seems to be a pretty popular choice for hauling these beasts. I’d like to get rid of our minivan and buy one relatively soon… like the first of the year. I just have a bad feeling about that van I bought online, sight unseen, from a guy in Florida. (I know. Save it.) The motor on the lift gate only works sporadically. One of the sliding passenger doors only locks manually from the inside, but only opens from the outside. The seat heaters don’t work. The factory radio broke and was replaced with an aftermarket, but the antennae wasn’t installed correctly, so you only get some stations, some of the time. Maybe I’ll buy that truck sooner.

At this point, I’ve just about run out of household things to sell and give away. If it’s crap it goes to Good Will. If it’s too good for Good Will it goes to Grace’s resell shop. They sell it for me, or donate it, but at least it’s no longer in my house and I usually get a few bucks out of it.  Wonder how they would feel about an entire sitting room being dropped off.

So it’s been interesting these past few weeks seeing things come together… if not physically, at least mentally. We’re connecting dots and that strengthens our resolve. We’re a pretty badass team when we have our crap together, and the more we brainstorm and research the more confidence we gain. And a strong, confident team like us is capable of much badassery. Stay tuned.